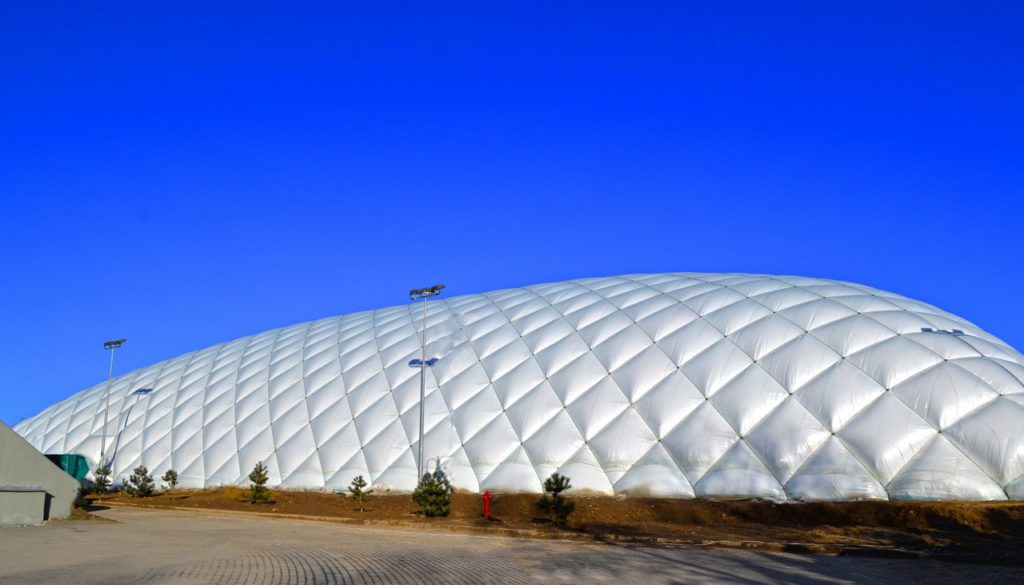 This type of hall does not need a heavy and expensive supporting structure and it stays in the air due to the internal pressure. The cost of this solution is several times lower comparing to a traditional sports hall with similar functionality. We are able to cover a surface of one tennis court (18m x 36m) as well as a surface of a full-size football pitch (eg. 75m x 130m). Air domes have been used in Europe for several decades and every year there are installed new facilities, many of them with the financial support from the EU.

A majority of sports facilities, tennis courts and playing fields are used only in the summer season and they generate profits only during several months a year. With our solution every sports field and each venue is able to make money all year long regardless of the weather.

Air domes are used in the autumn-winter period, whilst for the spring and summer they are dismantled – the sports grounds are used without the roofing. Seasonal erection / dismantling of the hall takes up to 12 hours which means that your sports facility will have to be closed for only 2 days during the year.  According to the applicable Polish Construction Law the air domes (coating under pressure) may be treated as temporary constructions and erected without construction permit for the period of 180 days – you only need to notify to the competent authority about the works.